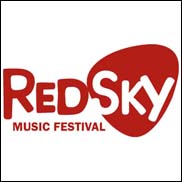 OMAHA, NE (CelebrityAccess MediaWire) — After just two years, and a number of missteps, organizers for the Red Sky Music Festival have announced that it is no more.

According to the festival's organizers, The Metropolitan Entertainment & Convention Authority (MECA) and Live Nation, the decision not to continue with the event was mutual and they attributed it to hot weather conditions and challenges in booking acts during the height of the festival season.

Commenting on the decision, MECA President and CEO Roger Dixon stated, “We have a positive relationship with Live Nation and both sides worked very hard to make Red Sky a success. We will continue to work together to bring great shows to Omaha, whether in CenturyLink Center Omaha or TD Ameritrade Park Omaha.”

The festival was first held in 2011 on three stages in and around TD Ameritrade Park in Omaha over a period of six days. In 2012, the festival was cut to four days and then again to three days with only two stages, after festival organizers were unable to secure a headliner for Thursday night. Moreover, the second stage was free and featured less well-known artists.

"We worked really hard with Live Nation, trying to fill that Thursday night. [But] scheduling issues and trying to get the right mix of artist in there … it got to the point where we just had to move
forward," Roger Dixon, President of M.E.C.A. told WWOT, a local NBC affiliate at the time. – CelebrityAccess Staff Writers