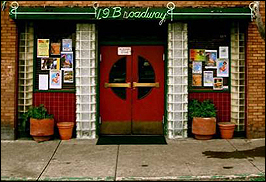 FAIRFAX, CA (CelebrityAccess MediaWire) — The Marin county 19 Broadway Niteclub was damaged by a fire on Saturday night, but the club's owner says the show will go on.

The fire started in a gas fireplace at approximately 10PM and did more than $400,000 in damage to the structure and $200,000 to the contents of the club, reported local CBS affiliate KPIX. Fortunately, the fire escape plan and sprinkler system functioned as expected and none of the club's patrons or staff were injured in the blaze.

"No one was ever in any danger," club owner Gary Graham told KPIX. "There's no doubt about it, the firefighters saved the music at 19 Broadway."

The club had been celebrating its 25th year of business at the event and has an admirable record of hosting music events on a daily basis, 365 days a year.

Graham said that he expects to have the club back in operation in time for the scheduled Valentine's day Honeydust gig. – CelebrityAccess Staff Writers