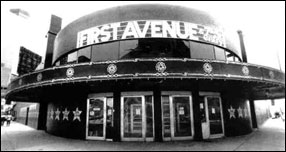 MINNEAPOLIS, MN (CelebrityAccess MediaWire) — After months of back and forth between landlords Steve McClellan and Jack Meyer and the founder of the club Allan Fingerhut, the famous First Avenue is back in business under the same name and preparing for their first show this evening.

Fingerhut fired McClellan and Meyer as managers of the venue in June. The two responded by filing a lawsuit claiming that Fingerhut owed them rent. On November 2 Fingerhut was forced to file for bankruptcy and the club’s assets were placed in the care of John Stoebner, a court-appointed trustee.

After meeting with Stoebner, the building’s landlords presented a plan to buy the venue’s remaining assets to a bankruptcy judge. The judge approved the plan and, as Stoebner told the St. Paul Pioneer Press, “We closed the transaction and delivered them the keys.”

McClellan and Meyer have already hired a skeleton crew, including operations manager Sam Peterson and booker Nate Kranz, and are hoping to have the place open a few times a week for the next couple of months. “We want to clean the place up,” Kranz said. “We want to keep doing the things we were doing right and fix the things that kind of got lost in the shuffle.” –by CelebrityAccess Staff Writers