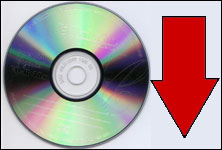 (CelebrityAccess Medias Wire) —
According to the latest data from The NPD Group, CD prices overall hit a new low: In Q3 2004, retail CD prices fell to $12.95 for a full length CD. That price represents a four percent decline from the same quarter a year ago. The average price of a catalog product (i.e., CD's released over 18 months ago) fell to $12.84 in Q3 2004 after hovering at the $13 mark for most of 2004. Average prices for current product in Q3 2004 came in at $13.08 for a full-length CD; however, electronics specialty retailers fell below that price point at $12.71.

"A few leading mass merchandisers have been flirting with the $13 mark since late 2003 for catalog titles," said Russ Crupnick, president of The NPD Group, "but it now appears that all of the major mass retailers have begun to adopt lower pricing for these CDs. By contrast, electronics retailers are offering lower prices on current CDs. Current product accounts for approximately 60 percent of music sales at both mass merchandisers and electronics specialty retailers."

The NPD Group expects overall prices to decline even further in the critical holiday season (Q4 2004) as retail competition heats up. According to Crupnick, "it would not be surprising to see electronics retailers affected by mass retailers reducing prices for catalog titles — or vice-versa."

The importance of the mass and electronics channels to music has increased year over year together they account for 53 percent of brick-and-mortar retail store music sales, which is a four percentage point increase from Q3 2003. That growth has come primarily at the expense of traditional CD/Record retailers. And that might bode well for these retailers during the holiday shopping season. According to a recent holiday shopping consumer survey by NPD, nearly three-quarters (73 percent) of holiday shoppers plan to shop at a mass merchandise store, such as Target or Wal-Mart and 32 percent will shop at electronics specialty retailers such as Circuit City or Best Buy.

In 3Q 2004, nearly 50 percent of music buyers reported that the price they paid was either "excellent" or "very good" — that's the highest level that NPD has seen in 2004. About one-third of music buyers told NPD that price is very important in their decision to buy music. “Although value in music is really about the quality of the content, lower prices are helping consumers to feel better about the value they get when purchasing CDs,” said Crupnick.

Although holiday shoppers put clothing and toys first and second on their shopping lists respectively, music is the fifth most popular gift that consumers plan to buy this season. Just over one-third of consumers plan to purchase music as gifts this year. –Bob Grossweiner and Jane Cohen