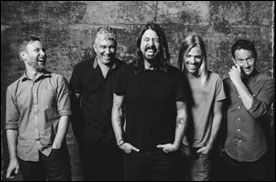 (CelebrityAccess) — The Foo Fighters have postponed a trio of concerts citing an unspecified family emergency.

Affected dates include their performance at Rupp Arena in Lexington, Ky. on Oct 21st; Oct. 23rd at Bridgestone Arena in Nashville, TN; and Oct. 24th at the FedEx Forum in Memphis, TN.

So far, the Rupp Arena show has been rescheduled to May 1st, and the FedEx Forum show will now take place on May 3rd, the band said.

The postponed shows were part of the band's 2017 tour in support of their latest album "Concrete and Gold" which dropped in September.