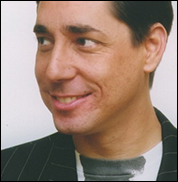 (CelebrityAccess) — Scott Putesky, a guitarist who performed as Daisy Berkowitz and is best known for his tenure with Marilyn Manson and the Spooky Kids has died. He was 49.

According to Rolling Stone, Jessicka Addams, Putesky's longtime friend and former bandmate in Jack Off Jill, confirmed his passing to Rolling Stone after a battle with colon cancer after he was diagnosed with the condition in 2013.

Putesky met with Brain "Marilyn Manson" Johnson at a club in Fort Lauderdale in 1989 and the pair created the concept for Marilyn Manson & The Spooky Kids, intending to shine a light on America's apparent fascination with serial killers and beautiful women.

Putesky helped to define the band's early sound and served as one of its lead songwriters but exited the group in 1996 during the production of the album "Antichrist Superstar" amid what was described as creative differences.

"When we started recording I had about 10 or a dozen demos for [Manson] to listen to so we could develop something. I don’t know if he listened to any of them, but he never wanted to work on any of them," Putesky told Noisey in 2014. "We had a number of unreleased songs that were contenders for Antichrist that [Manson] didn’t want to do or Trent didn't want to record so I was being slowly muscled out as far as my contribution. And, that's pretty much it."

Despite his exit, Putesky still ended up with six songwriting credits on the album. He later sued the band over royalties from "Antichrist," settling the case in 1998 for an undisclosed amount.

In 1998, he joined the lineup of the Marilyn Manson-affiliated riot grrl band Jack Off Jill but parted ways with them after just a year. As well, he performed with the electro-punk band Kill Miss Pretty and his solo project Three Ton Gate.

In August 2010, he was diagnosed with stage four colon cancer and battled the illness until his passing on October 22nd. In 2015, he set up a GoFundMe page to help defray the costs of his treatment and it is still live if you are interested in contributing.