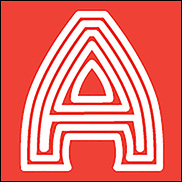 NEW YORK (CelebrityAccess) — Fox has reportedly greenlit a revival of the "Showtime at the Apollo" series after a successful pair of specials aired on the network in December 2016 and February 2017.

According to Variety, the series will feature a mixture of music and comedy performances at Harlem's famed Apollo Theater with comedian Steve Harvey handling hosting duties. The series is slated to premiere in the 2017-18 season Variety said.

The original "Showtime at the Apollo" aired as a syndicated television show from 1987 to 2008 with more than 1090 episodes before it wrapped up. Performers on the series ranged from A Tribe Called Quest and Al Jarreau to New Kids on the Block and Natalie Cole.