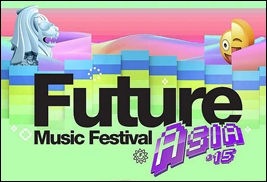 SINGAPORE (CelebrityAccess) – Organizers for the Future Music Festival Asia 2015 announced that the event has been canceled.

According to The Straits Times, about 15,000 tickets have been sold for the event, which was scheduled to be held for the first time in Singapore at the Changi Exhibition Centre on Friday and Saturday, March 13 to 14 with a lineup that included the Public Enemy and The Prodigy.

In a post on the festival's website, organizer Livescape cited licensing problems, stating that they twice applied for and were denied a public entertainment license and that a last minute appeal to the Minister for Home Affairs had been rejected.

"We are extremely disappointed that our appeal to the Ministry of Home Affairs to organise Future Music Festival Asia 2015 (FMFA15) in Singapore has been unsuccessful. We can confirm that we have received the official rejection of our appeal. FMFA firmly stands behind our goal of creating a drug-free event for our festival goers to enjoy. Despite having put in place a robust event, security, safety and medical management plan which has been developed alongside both local and international experts with a combined 50 years of experience in running similar large-scale events, our Public Entertainment License has not been granted," a spokesperson for the festival said in a post on their website.

Originally launched in Australia in 2006, Future Music expanded to Kuala Lumpur in Malaysia last year, but the final day of the event was canceled in the wake of a drug-related death. – Staff Writers