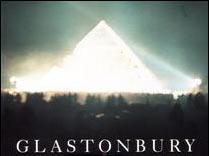 (CelebrityAccess MediaWire) –The Glastonbury Festival has been criticized in the past over environmental issues, including litter disposal, water pollution and inadequate drainage. The 2004 Glastonbury Festival June 25-27 aims to please some of the protesters. The organisers, Mean Fiddler Group and Eavis (owner of the Somerset farm that hosts the three-day extravaganza), are introducing new initiatives.

"There is a lot going on this year, but one of the big things is reducing the amount of waste," a spokesman for the festival told The Guardian, which sponsors the festival. "The festival aims to recycle 16% of its waste – a target set by the council, and double that of the previous year. And traders who sell food on the site will be required to use only compostable cutlery and plates that can be disposed of in the same bins as food waste. In addition, all the timber used on site must now be approved by the Forest Stewardship Council (FSC), sourced from well-managed, sustainable forests.

The drainage system has been improved, and the toilets will be closely monitored for overflows each day by The Environment Agency officers. An intensive post-event clean-up has been scheduled, including scouring bushes for discarded rubbish. Green bags will also be handed out for people to dispose of their bottles and cans. –Bob Grossweiner and Jane Cohen