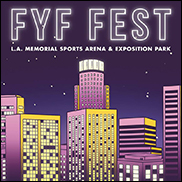 "This is a personal letter about sexual harassment and other forms of inappropriate behavior," Carson wrote in the Facebook post on Wednesday. "Several years ago I was a part of the problem. I behaved inappropriately towards women and these actions were unacceptable."

Carson is facing allegations from four women who claim that they were victims of or witnesses to sexual assault or harassment from Carson between 2004 and 2016.

The most serious claims stem from a 2013 allegation when woman told the Los Angeles Police Department that Carlson had “assault with intent to commit a felony and forcible oral copulation,” according to an L.A. district attorney's spokeswoman quoted by the Los Angeles Times. LAPD Capt. Patricia Sandoval told the Times that while police interviewed those involved, prosecutors did not proceed with charges due to insufficient evidence.

Other women have lodged allegations against Carlson. Natasha Ryan told the Times that when she was working as a photographer in 2010, she claims that Carlson came up behind her at a party in Las Vegas, grabbed her hair, tried to undo her bra and later pinned her to a wall, forcibly kissing her while attempting to pull her into a bathroom by her wrists.

“I was yelling ‘stop, stop,’ but the music was loud, no one heard me,” Ryan told the Times. Ryan claims that she was able to break free and immediately told her friends about the incident but didn't make a formal complaint about Carlson due to concerns about the effect such allegations might have on her career.

Carlson responded to the Times about Ryan's allegations through a publicist on Wednesday, telling a the newspaper: “I was with Ms. Ryan and others, all in our underwear, in a jacuzzi. I tried to kiss her, and when we got out of the jacuzzi I nudged her arm and asked her to go into the bathroom with me. She said no, and nothing further happened. Several others were present. I neither pinned her against a wall nor tried to drag her into a bathroom.”

Carlson founded the FYF Festival at 18 and it has since grown to become a major event in the Los Angeles musical landscape. In 2011, FYF struck a partnership with AEG's Goldenvoice and has since become something of an unofficial sister event to Goldenvoice's Coachella event.

Goldenvoice did not respond to multiple requests by The Times for comment.

I am genuinely, unequivocally sorry. I lay fault at no one’s feet but my own. I am ashamed by how I acted and feel terrible for the pain that I have caused.

Actions speak louder than words. In December 2015, my years of recklessness and selfishness hit a breaking point; I had to make a promise to family and friends that I would change, or risk finally exhausting what remained of their compassion and support. I gave up alcohol for good, I embraced therapy, and I asked, sincerely, that my family and friends forgive me.

These corrective actions do not excuse my reprehensible conduct and are of small solace to those whose pain I am so very sorry to have caused.