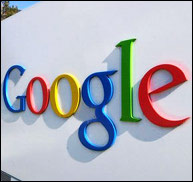 MOUNTAIN VIEW, CA (Hypebot) — The latest news regarding Google's plans for not one, but two streaming music services from YouTube and Google Play adds detail to earlier reports, yet still makes it clear that the net powerhouse has a ways to go before launch. Though Warner Music Group is said to be on board, neither Universal Music Group nor Sony Music Entertainment have yet to reach agreements, not to mention all those pesky indies.

Yesterday Fortune writers Ryan Bradley and Jessi Hempel confirmed that, according to unnamed "sources in the record industry and at Google", YouTube is planning to launch a streaming music service later this year with both free access (likely ad-supported) and subscription options (likely ad-free).

A YouTube spokesperson added: "While we don't comment on rumor or speculation, there are some content creators that think they would benefit from a subscription revenue stream in addition to ads, so we're looking at that."

The spokesperson's comments don't really add any information given January's news that YouTube has been exploring subscription services for creative channel partners.

Fortune also leaves many questions unanswered including how this will relate to Google Play for Android, a digital music locker that allows streaming of owned music that is also said be launching a subscription service. But it does firm up last month's reports that Google was negotiating a streaming music service.

Alex Pham, writing for Billboard, reported that multiple "executives knowledgeable with the plans…who are not allowed to speak publicly on behalf of Google" confirmed that Warner Music Group has worked out a licensing deal with Google for "two distinct subscription services" that will launch this summer:
"Under current plans, which could change as Google firms up its strategy, the…technology giant will offer an ad-free subscription tier for YouTube viewers. In addition, it would offer another service from its Google Play platform…Subscribing to a Google Play music service would give listeners access to licensed songs that they don’t own."

Pham also reports that Google is in "deep negotiations with Universal Music Group, Sony Music Entertainment and other labels to nail down an agreement similar to the one it now has with Warner."

This sounds like a negotiation nightmare but, according to AllThingsD's Peter Kafka, though deals are still separate for YouTube and Google Play: "YouTube content head Robert Kyncl is representing the search giant in all of its talks."

My initial response to yesterday's YouTube news was that it represented an endgame for most streaming music competitors. But as I dug in to the details so far revealed and put them in light of all the other news and rumors regarding streaming music subscription services I recognized that, despite Google's many strengths, this game is far from over.

A carefully worded response to my request for the perspective of music industry analyst Mark Mulligan confirmed my take: "YouTube is by far the world's most successful digital music service and is one that meets the needs of the digital native music fan in a way no other music service does. So the potential as a platform for a premium service is great."

"However there are many hurdles that would need to be cleared. Not least the fact that most people use YouTube because it is free – as Spotify will attest it is not an easy task convincing people to pay for something they have got used to having for free. Also the issue of quality of content will be key. "

Looks like the dinosaur death match will continue to be a long slow war of attrition.