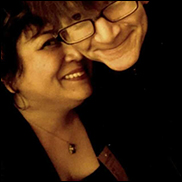 WASHINGTON D.C. (CelebrityAccess) — John Stabb, founder of the Washington D.C.-based hardcore band Government Issue died on June 7th due to complications of stomach cancer. He was 54.

Stabb's death was announced via the band's Facebook page early Sunday morning, with one of his bandmates writing: "It is with heavy hearts that we have to announce that at 7:43 p.m 5/7/16 our comrade John Stabb Schroeder lost his hard fought battle with stomach cancer."

Stabb, born John Schroeder, was a fixture in the D.C. punk scene, forming Government Issue in 1980, and remaining the only constant member in a rotating lineup that lasted until the end of the decade with a final show at D.C.'s famed 9:30 Club.

While the group started as a hardcore punk band, they expanded their style to include elements of new wave and pop, and later, gothic punk, taking a page from The Damned.

"[We] proved that we were more than just a hardcore band. We'd graduated from the school of 'bang and howl' and we really bummed out a small portion of our punk audience", Stabb wrote in the liner notes of a 2000 compilation of the group's work. "we'd moved on from the hardcore world into melodic, well-crafted punk with a decidedly pop edge."

Following their dissolution in 1989, the group reunited on a number of occasions, most recently in 2015 for a short tour and a performance at the Bad Ass Weekend festival in Houston.

After Government Issue parted ways, Stabb performed with a variety of D.C-area bands, including Stain, Emma Peel, Weatherhead, and Betty Blue. In 2000, he launched The Factory Incident and was frontman for History Repeated at the time of his passing, according to his biography.