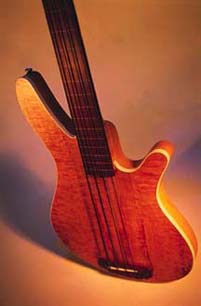 What is a group to do when one of its members dies. Instead of replacing bassist Douglas Allen, who died last August, Southern rock/jam band Gov't Mule has recruited the cream of the crop of bassists to record their next album, "The Deep End," due in December.

And that's not all. Guitarist Warren Haynes and drummer Matt Abts have recruited a slew of other sidemen including guitarists John Scofield and Derek Trucks, organists Gregg Allman, Art Neville and Chuck Leavell, keyboardists Bernie Worrell and John Medeski, mandolinst David Grisman and many, many others.