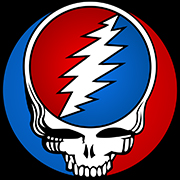 CHICAGO (CelebrityAccess) — The Grateful Dead, one of the most influential and storied bands of the last 50 years, performed their final shows together at Chicago's Soldier Field over the weekend to record crowds.

With Phish's Trey Anastasio on filling in on lead guitar for the fallen Jerry Garcia, the band played a series of five dates on their brief "Fare Thee Well" tour, which kicked off with a pair of shows at Levi stadium in Santa Clara, California, last weekend, followed by a trio of dates at Chicago's Soldier field on July 3rd, 4th and 5th.

"Playing the 50th year is more than overwhelming. These are the biggest gigs we have ever done. We have never played shows like this before," founding member Bill Kreutzmann told CNN. "I was amazed by that because basically the Grateful Dead hasn't been doing anything since 2009."

Soldier Field said that 71,000 tickets were sold for band's "Fare Thee Well" performance on Sunday, the most sold for any event at the stadium. The band's Saturday performance at the venue sold 70,844 tickets and 70,764 Dead fans purchased tickets for Friday's show. Soldier Field reported that the previous sales record at the stadium was 67,936 tickets sold for a U2 concert in 2009.

The event was also simulcast in movie theaters and music venues across the United States, as well as via pay-per-view and online.

"I never could have imagined in my wildest dreams what a long strange trip this would be," Founding member Phil Lesh told the crowd during one of the Soldier field shows. "God bless Terrapin Nation!" – Staff Writers