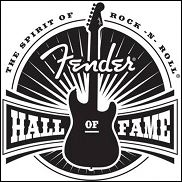 The Fender Hall of Fame was created in 2007 as an annual celebration of Fender founders, artists, leaders, innovators and other historically significant figures, and as an institution in which their contributions to the company’s legacy are permanently commemorated.

Special guests at the 2010 induction ceremony will include Janie Hendrix, Eddie Kramer, Geoff Fullerton, Kenny Wayne Shepherd and Chris Layton according to the press release.

Janie Hendrix, CEO of Experience Hendrix LLC, is the central figure in preserving and protecting the ongoing legacy of her stepbrother, Jimi Hendrix. As the head of the Hendrix estate for nearly a decade, she will be present at the induction ceremony that afternoon to accept the honor on behalf of Jimi Hendrix and the Hendrix family. –by CelebrityAccess Staff Writers