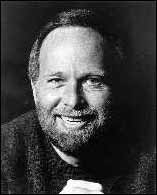 Veteran concert promoter Barry Fey, a fixture on the Denver music scene for 30 years, is back — as the new head of House of Blues Concerts' Colorado operations. Fey, along with HOB officials, made the announcement at a press conference staged Wednesday morning (June 20) at Denver's Paramount Theatre and promised to put the fun back in rock 'n' roll. The No. 1 spot became vacant after Mark Norman abruptly announced his resignation last month. After losing market share to SFX, Fey is just what HOB needs to regain its position.

"He's back to amuse his friends and terrify his enemies," said Jay Marciano, HOB president/CEO, in the Rocky Mountain News.

"While I was asleep, someone tried to kill the concert business — a business that lost its soul, lost its heart," Fey lamented. "I'm going to make certain promises and pledges to this community…we'll try to make music fun again. It used to be the music business. Unfortunately, now it's the business of music. I and a few others helped build this business. We never meant it to be like this — not to have a face, not to have a soul."

Sizing up SFX, Fey stated, "They want everything and no one deserves everything. Except me in the old days. I'm a distinct underdog. Make no mistake about that."

Singling out former Fey employee Chuck Morris, head of SFX operations in Colorado and now his major competitor, Fey said Morris is "a brilliant guy, but I don't think he'd stoop as low and get as dirty as I would. It's not me vs. Chuck Morris. It's me versus SFX."

"I've got great admiration and respect for what he's done," Morris told the paper. "It'll be interesting to see how Barry's old-school mentality plays out in today's world."

Plans were also announced that HOB is moving forward with a House of Blues club in LoDo, that it hopes to have open this time next year.

Since his retirement in August 1997 after selling Fey Concerts to Universal Concerts, Fey became a partner in Interact America, which produced large-scale motivational seminars nationwide and hosted his own weekly radio show, Backstage With Barry Fey, tapping into his 30 years of memories.