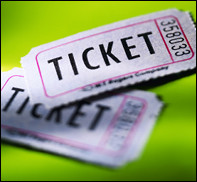 CHARLESTON, SC (CelebrityAccess MediaWire) — The former Terrace Hippodrome Theatre located in the downtown historic district of Charleston, near the Charleston Aquarium, has reopened as the Hippodrome Widescreen Cinema and Performing Arts Center.

Akim Anastopoulo a Charleston attorney also known for his role as Judge "Extreme Akim" on the national television show, "Eye for an Eye" and local film producer Lonnie Knight, owner of Knight Vision Productions have bought the former IMAX theater and plan to turn it into a performing arts center.

The new owners are planning to bring not only movies, but also live comedy acts and musical performances to the center.

To accommodate the variety of entertainment, Anastopoulo and Knight are making some changes to the building, such as having a stage area built up at the bottom of the theater to serve as a platform for future live comedy and musical acts.

Along with providing various forms of entertainment to its patrons, the complex will be available to rent out for various events and occasions, such as parties and wedding receptions. The over 18,000 square foot facility boasts a 426-seat theater, two lobbies, and several conference rooms. The owners have also obtained a beer and liquor license.

The kick-off event for the facility held on Jan. 13, featured Jimmie Williams famously known for his role as J.J. Evans on the hit TV show "Good Times," and a screening of the new film The Green Hornet starring Seth Rogen and Cameron Diaz.

A schedule of upcoming events and performances at the facility will also be available soon, according to the press release.