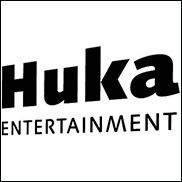 WHISTLER, B.C. (CelebrityAccess) — Huka Entertainment has announced that their Pemberton Music Festival will return for its fourth consecutive year on Thursday, July 13 through Sunday, July 16, 2017.

According to festival organizers, the event drew than 180,000 fans to see over 100 performances over four days stretch while nestled in the scenic mountains of British Columbia.

"For the last four years, the community of Pemberton has opened their arms to help us welcome fans far and wide to experience an incredible musical event in the best place on Earth," says A.J. Niland, Chairman and Chief Experience Officer of Huka Entertainment. "This year we are rolling out various enhancements to super-serve our tens of thousands of campers, including ridesharing, making it easier than ever for fans to attend with their friends."