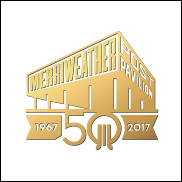 COLUMBIA, MD (CelebrityAccess) — While the Merriweather Post Pavilion suffered a setback as its roof collapsed during renovations, the owners and operators of the 19,316-capacity amphitheater promised that they accident won’t shut the venue down, or interrupt its 2018 season.

“Thankfully no one was injured, which is the most important thing of all,” venue operator I.M.P.’s Seth Hurwitz told VenuesToday. “The roof was being hydraulically lifted 20 feet over a period of months. … The roof was in its near-final position and the next anticipated step was to secure it permanently. However, at around 2:30 Saturday morning, the roof unexpectedly fell. There is a team of experts assessing why the roof fell. Of course, we will rebuild — and the 2018 season will start as planned.”

The venue’s roof, which was designed by famed architect Frank Geary, was being lifted as a part of a five-year, $55-million renovation project when it collapsed Jan. 13. Downtown Columbia Arts and Culture Commission, which owns the property, said the cause of the collapse is still under investigation, VenuesToday reported.

“It’s an inconvenience — not a small inconvenience, but it sets us back in that I’d rather spend that time working on other things at the venue,” Hurwitz told VenuesToday. “There’s no question it sucks. But the important thing is that nobody was hurt, and that’s not the usual mandatory statement. It’s really all that matters. Everything else is just construction.”

I.M.P., which also operates Washington D.C.’s famed 9:30 Club, as well as The Anthem and The Lincoln Theatre, has not released its summer concert schedule for the Merriweather. Thus far, only shows by Dierks Bentley on May 18th and Sugarland on July 14th, have been announced.