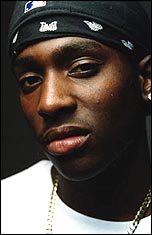 (CelebrityAccess MediaWire) — New Orleans-based rap artist, Turk (formerly of Cash Money and Hot Boys fame, AKA Tab Virgil) will release his highly anticipated third solo album, Penitentiary Chances on KOCH Records on April 27. The album's release is being planned as the rapper is being held on $750,000.00 bond on charges of attempted murder of a Memphis deputy Sheriff. The album's title comes from a song that was on his debut album, Raw And Uncut.

Turk maintains his innocence in the case. A second charge against the rapper was dropped when early ballistics tests showed that a second officer was shot by another police officer that was present at the scene.

Turk, who is being held in maximum security, says he appreciates the support that is coming in, some of it from high-profile figures in the hip hop world, who have asked to remain anonymous. Turk says that he has no idea whether or not his arrest will have any impact on sales of the album, but that he doesn't expect it to. "My fans would support my album regardless, but it's a quality album, and it's going to be worth their ends," he promises. "Get my album," he says, "because you've got love for Turk."

"It's a positive rap, and I'm asking where the love is. I'm also saying, stop the killing, stop the drugs, stop going to jail. It's a message song."

"Music Makes Me High" is also expected to get the attention of hip hop fans nationwide. Turk, a former heroin addict, says, "Music is my anti-drug. Music makes me high. R&B is like my downer and hip hop is my upper. It energizes me."

Turk's previous attorney, Scott Crawford, was recently arrested by the FBI on charges of obstruction of justice, bribery, possession of crack cocaine and possession of an illegal handgun, all of which were unrelated to Turk's case. Turk's new legal representation is the Memphis-based legal team of Glenn Wright and Lee Wilson. The preliminary hearing for the case will be held on March 31. –Bob Grossweiner and Jane Cohen