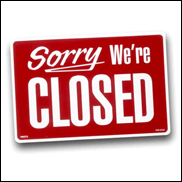 NEW YORK (Hypebot) – COMMENTARY: About six months ago we began hearing that venture funding for music 2.0 startups was drying up. The risk vs. rewards ratio just isn't there compared to other investment opportunities. (Universal, WMG and Sony of course continue to hand out funds in their usual "late to the party" fashion.) Now comes word that Pandora may be among the first to fall victim of the royalty wars and Muxtape has been at least temporarily been shuttered by the RIAA.

Those with the "next great idea" in music technology often tell me that labels make draconian demands if they respond at all, forcing them to drop the "ask for permission" business model in favor of "beg for forgiveness later" mode. In fact, one's first letter from the lawyers of an industry trade group or label has become a clear sign that you're gaining traction.

Of course, music's elders are worried about revenue. But can emptying the pockets of the industry's sons and daughters to pay for the sins of the fathers possibly be the answer?

Pandora and MuxTape both enable music discovery. The former at least has been willing to pay it's fair share for the privledge since the beginning. Rather than waste time playing whack-a-mole with every startup around the globe, why not make short term or percentage based deals that allow the better sites and services to find footing. To do so will require changes in both business practices and law, but the alternative is to leave music discovery and consumption to the pirates. – Bruce Houghton