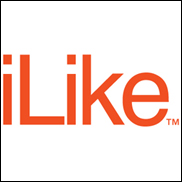 BOSTON, MA (Hypebot) – The #1 and #2 ranked albums on the iTunes album chart this week were Keith Urban's "Defying Gravity" and "Gavin Degraw's "Free". These two releases have little in common except that both of were debuted exclusively on iLike in advance of their 3/31 release dates.

The marketing campaigns for these releases were multifaceted; so it is difficult to measure the effect of a single placement. It is also true that both Urban and Degraw have large fan bases. But a look at their recent successes with advance debuts suggests that either iLike has been lucky enough to align itself only with winners or that this music discovery and social networking site can really help launch new releases.

Previous iLike exclusives that debuted high on the iTunes chart include: REM (#1), Lady Antebellum (#3), Ryan Adams (#!) and Jason Mraz (#3). iLike is also the top driver of sales to Ticketmaster and one of the top drivers of sales to iTunes overall. Naturally iLike CEO Ali Partovi agrees, "“From legendary bands like R.E.M. to emerging acts like Lady Antebellum, we've been honored that every artist we've worked with has been of such high caliber that they've debuted at or near the top of the iTunes Albums chart, without exception.”