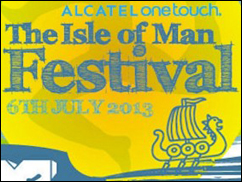 LONDON (VIP NEWS) — The Isle Of Man Festival, which was due to take place on July 6, is now cancelled, it was confirmed yesterday (June 24).

Artists including Johnny Marr, Primal Scream, Paloma Faith, Laura Mvula, Wretch 32, were due to perform at the inaugural, one-day event at Nobles Park on the island.


The festival organizers have released a statement explaining that poor ticket sales are to blame for its cancellation, saying "The risk in pursuing the event would put businesses on and off the Island in jeopardy." They add, on Twitter: "If tickets don't sell they don't sell and artists can't get paid."


Would-be festivalgoers reacted with anger and disappointment on Twitter. "Everything gets cancelled over here," wrote Claire Michelle. "MAYBE you'd have sold a few more tickets if you had some decent artists?" wrote Michael Clarke.


Festival organizer, Chris Heyes of Rockingmann Festivals said: "Unfortunately it seems that the public on the Island weren't quite ready to invest in [the] festival and for those travelling from the mainland and Ireland the travel arrangements required for a weekend visit to the Isle Of Man for some reason were proving too much of an undertaking. With a festival market that sees festivals sharing similar line-ups running almost every weekend throughout the summer, despite the island being relatively easy to get to from the Uk and Ireland and our ticket prices being very competitive at only £55, I guess it's easier to just go somewhere that you can easily drive to without a ferry or a flight. Even with our fantastic sponsors on board, we just haven't been able to sell enough tickets to make the event viable this year, but we will not be defeated. I still believe that The Isle Of Man is a fantastic location for a music festival. Nobles Park is a magical venue with a clear view of the sea behind the Main Stage. Our main priority now is to unravel the situation for all of those who have bought tickets, won competitions and made travel plans to the Island that weekend." — According to NME.com