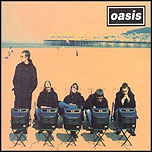 LONDON (CelebrityAccess MediaWire) — A new UK-based website will try to give songs that didn't get the recognition that some people think they deserved the first time around.

The website, itshouldhavebeennumber1.co.uk will attempt to take advantage of a new change to the way albums chart in the UK that took effect this January. The charts, maintained by The Official UK Charts Company (OCC) have started listing songs that are sold with or without a physical equivalent – to be chartable. Itshouldhavebeennumber1.co.uk will attempt to leverage this by urging music fans to purchase a particular single, hoping to drive it into the top 40 charts to #1 where they believe that it should have been when first released.

The first track they will attempt this manipulation with will be on February 12th, when the site will provide links to purchase a download for "Roll With It" by Oasis, which was barely edged out of the #1 slot by Blur's "Country House"

Will this experiment in democratizing the staid world of music sales charts work? Will such bald-faced chart manipulation spell the end of the traditional 'chart system' as we know it? Only time will tell, but you can be sure CelebrityAccess will be there to fill you in on the details. – CelebrityAccess Staff Writers