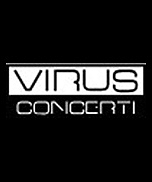 
In an interview with Billboard General Manager Attilio Perissinotti says: "We've recently arranged shows in London, in collaboration with Friends & Partners, for larger acts like Ligabue, Negramaro and Vinicio Capossela. We've sort of become the point of reference for Italian acts who want to play there."


Perissinotti says he "realized there was great potential last October when we arranged a two-day show at the Barfly in Camden which we called 'The Italian Job Live.' It was a sell-out."


He adds: "There's a huge Italian community in London which we can access quite easily, but a lot of British people also come along to the gigs. There's plenty of curiosity about lesser well-known Italian acts and it isn't only in the U.K."


Perissinotti says he will look at suitable sites in central London's Soho district in the coming days. According to Billboard