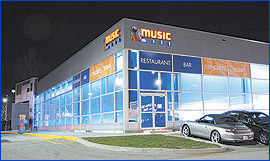 INDIANAPOLIS, IN (CelebrityAccess MediaWire) — Owners of the live entertainment venue, the Music Mill, have announced that in the face of dire economic times, that they intend to not renew the lease on the club and that it will close on Feb. 27.

The clubs' owners cited decreasing attendance as the catalyst behind the decision.

"Ticket sales were down," club co-owner Jake Schockma told the Indy Star "A lot of the stuff we previously brought through — that had been pretty consistent — was down this year."

Since opening in 2005, the 750 seat Music Mill has served as a home for live performances from a wide range of performers from underground bands such as Hold Steady and Kings of Leon to jazz artists such as Branford Marsalis, the Indy Star reported.

The club still has a busy calendar with nine events still scheduled before d-day, including dates with Gaelic Storm, Galactic, Cowboy Mouth and Yonder Mountain String Band and management intends to go forward with these scheduled dates. – CelebrityAccess Staff Writers