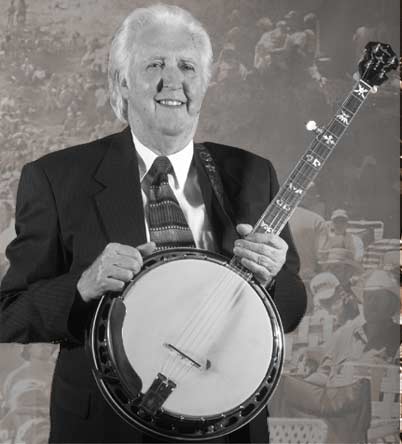 (CelebrityAccess News Service) – Banjo player J.D. Crowe was inducted into the Bluegrass Music Hall of Honor at the Kentucky Center in Louisville, KY.

A prominent second generation bluegrass instrumentalist, J.D. Crowe first gained national attention for his superb 1956-1961 work as banjo player and baritone vocalist in Jimmy Martin's Sunny Mountain Boys, establishing his reputation as a master of the driving, straightforward five-string banjo style with a penchant for impeccable timing. In ensuing decades he continued to influence countless players during an important solo performing and recording career.

Born James Dee Crowe in Lexington, Ky., on August 27, 1937, he began learning the Earl Scruggs banjo style at the age of 13. In 1961 he organized The Kentucky Mountain Boys, adopting his career band name, J.D. Crowe &the New South in 1971. Influential vocalists and musicians who have been members of these groups include the late Red Allen and Keith Whitley, Jerry Douglas, Gene Johnson, Doyle Lawson, Tony Rice, Ricky Skaggs and Bobby Sloan.

During the 1980s Crowe was also a member of The Bluegrass Album Band, an all-star recording group that helped refocus attention and increase the popularity of the traditional style of bluegrass music. Crowe's artistic craftsmanship and attention to detail in performance and on recordings have earned him a Grammy from the National Academy of Recording Arts &Sciences (Country Instrumental in 1983 for "Fireball"), in addition to honors from IBMA in 1994 for Banjo Player or the Year, in 1991 for Instrumental Group and 1997 for Instrumental Album, (the latter two with The Bluegrass Album band).

Bluegrass Music's Hall of Honor is housed in the International Bluegrass Music Museum in Owensboro, KY.–Bob Grossweiner and Jane Cohen