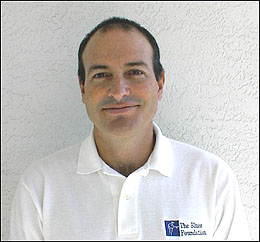 The Blues Foundation, the international, non-profit organization dedicated to serving blues history, celebrating blues excellence, and supporting blues education, has appointed Jay Sieleman as its new Director of Administration. Sieleman assumed the position on March 3. An active and long-time Foundation supporter, Sieleman has served on the Foundation’s Advisory Board since 1999 and has provided legal expertise on a broad range of Foundation matters.

“Jay brings an energy, enthusiasm, and genuine appreciation for the Blues into this position,” said Kevin Kane, president of the Blues Foundation Board of Directors. “We feel that his background and experience in non-profit law are huge benefits, especially as the Foundation evolves and grows.”

Among its many activities and programs, this year the Blues Foundation will be assuming many of the responsibilities of the Blues Music Association, a merger in which Sieleman played a pivotal role. It is also intricately involved in planning activities for the Congressionally declared Year of the Blues and is committed to generating more funds and expanding its outreach to musicians, blues societies and fans.

Kane added, “As a member of the Advisory Board and a tireless volunteer in numerous events, Jay is knowledgeable of the Foundation and its dedicated staff and so is fully qualified to hit the ground running as we approach the Foundation’s biggest event – the W.C. Handy Awards on May 22nd.”