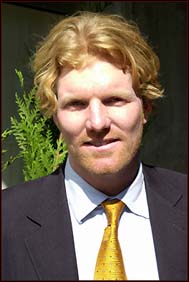 In the late 1980s and early 1990s Jim Courier was a top tennis player. Now he plans to help build a top-ranked sports and entertainment company. Courier and his partners, event management expert Tim Stallard and sports and entertainment business strategist and operations specialist Jon Venison, have launched InsideOut Sports and Entertainment (InsideOut). The New York City-based company will develop and produce proprietary events and promotions that provide advertisers unprecedented access to talent, unique opportunities to generate exposure for their brands, and the ability to connect in a meaningful way with their target customers.

InsideOut is also actively marketing a number of international and regional events it will produce later this year and in 2005, some of which will be nationally televised. The events include the Legendary Nights series this fall, the Mercedes-Benz Classic II in Tampa/St. Petersburg scheduled for February 25, and the 5th Annual Gibson Baldwin Grand Slam Jam, a tennis and music celebration held in Austin, TX each spring. Several other events are under development and will be announced soon.

"Launching InsideOut is a natural evolution in my career, one that provides an opportunity to tap my entrepreneurial spirit, extensive event experience, and access to talent and advertisers with whom I've forged relationships over the past 16 years," said Courier, who this week was named to the 2005 International Tennis Hall of Fame Induction Ballot. "At the same time, I'm really looking forward to my partnership with Tim and Jon. Collectively, we bring to InsideOut a unique blend of expertise that will prove invaluable in developing world-class properties and a strong business model."

InsideOut will also manage Courier's tennis and marketing opportunities. During a 13-year career that saw him win four Grand Slam titles, 23 singles titles and two Davis Cup titles, Courier was the first American male since John McEnroe to be ranked #1. Since retiring, he has been a tennis broadcaster for NBC, CBS, TNT, USA Network and ESPN. Courier is broadcasting this year's US Open for USA Network and last month served as an analyst for Olympic tennis on Bravo and USA Network. In addition, he was the U.S. Davis Cup Team Coach from 2000- 2002 and continues to participate in several charitable and exhibition tennis events throughout the year.

Stallard brings an extensive event management background to InisdeOut. He was most recently president of ProLink Sports & Entertainment for eight years, during which he produced over 50 Association Tennis Professionals (ATP) and U.S. Tennis Association (USTA) events, as well as created proprietary events such as the Gibson-Baldwin Grand Slam Jam and the Mercedes-Benz Classic, which will continue to be produced under the InsideOut banner.

Legendary Nights: Courier, Mats Wilander and numerous other former champions are scheduled to participate in a series of creative exhibition events held over consecutive nights this fall. The schedule includes Austin on October 29 and San Antonio on October 30 with other dates and locations to be announced.

Gibson-Baldwin Grand Slam Jam 5:
This two-day extravaganza, which will mark its fifth year next spring, mixes the worlds of tennis and music, who all come together to benefit the Hope Foundation. Held in an informal and intimate setting in Austin, the event features a jam session showcasing the talents of world-renowned performers, a thrills-and-drills clinic, a fan-friendly tennis shootout and much more. Past participants have included Andre Agassi, Lance Armstrong, John McEnroe, Mike Mills of REM, Pete Sampras, Lars Ulrich of Metallica and Robin Williams. This year's participants will include Chris Evert and Andy Roddick, among many others. –Bob Grossweiner and Jane Cohen