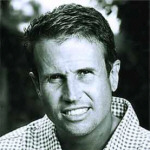 Manager Jim Guerinot is parlaying his artist management skills into the action sports management arena, having entered into a partnership with Pat Hawk and Terry Hardy of Tony Hawk Inc., to manage action sports stars such as skateboarder Tony Hawk and world surfing champion Kelly Slater under the SLAM Management moniker. Pat Hawk has been COO of Tony Hawk, Inc. and personal manager to Tony Hawk since 1996. Hardy has 10 plus years of entertainment industry experience, in which he has held executive positions in talent management, marketing and business and corporate development.

“Slam Management is an idea that is long overdue: proper management for action sports athletes," says Tony Hawk. "The staff is organized, efficient and fair. We, as athletes, need this kind of representation so that we can concentrate on what we do best.”