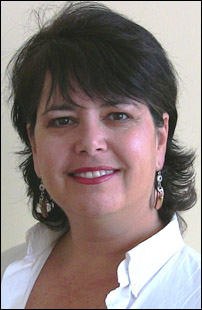 LOS ANGELES (CelebrityAccess MediaWire) —- With more than 25 years of experience in serving members of the American Federation of Television and Radio Artists, Joan Halpern Weise has been promoted to AFTRA Assistant National Executive Director, Entertainment Programming.

"This much-deserved promotion recognizes the vital role that Joan plays in maintaining and improving standards for working performers in entertainment programming, whether network and cable TV, the Internet, or new media platforms," said AFTRA National Executive Director Kim Roberts Hedgpeth, who announced the promotion at the AFTRA National Convention in July.

"Given the technological changes and uncertainty in our industries, Joan’s extensive experience and leadership in working with both AFTRA staff and membership is a key component to maintaining AFTRA’s role as a stable advocate for working performers in the media and entertainment industries," said Hedgpeth.

Since October 2000, Weise had served as AFTRA National Director for Entertainment Programming. She is responsible for coordinating negotiating and contract administration work for AFTRA throughout the country for prime time and non-prime time television programming, cable TV programming, and new media.

"I’m honored by the promotion, and look forward to continuing to work closely with AFTRA Locals throughout the country, as well with the production community, in this new capacity," said Weise. "Negotiating strong contracts and organizing union work opportunities in the U.S. for AFTRA members is our top priority."

Weise began working for the AFTRA Los Angeles Local in 1981 as a television representative. She was later promoted to Local Supervisor of TV, and then Local Director of TV. In 1992, she was elevated to Assistant Local Executive Director, holding that post until she joined AFTRA National staff in 2000.

Born in New York City and raised in Southern California, Weise holds a bachelor’s degree in Psychology from UC Irvine. She lives in Los Angeles with her husband and daughter. – CelebrityAccess Staff Writers