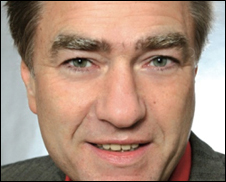 Wessels had been set to host a panel discussion (Too many tours?) at the Reeperbahn festival on Sept. 24th but backed out for unstated reasons.

Wessels, who brought in his team from his previous company Music Pool Europe when he made the jump to Live Nation, wasn’t available for a comment on his departure. Currently, only shows of five artists, Steve Winwood, Richard Marx, Ben Horward and Exit Calm are listed on Live Nation Germany's website.

These developments at Live Nation's German division have led to some speculation about the company's future plans in the market. Major tours for Live Nation acts such as Sting and Shakira have been promoted by MLK Marek (Lieberberg Konzertagentur) and sold by CTS Eventim. Earlier this year, Live Nation sold their holdings in MLK to Eventim, which already held a majority stake in the company.