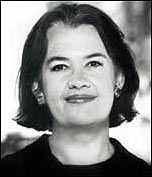 The TJ Martell Foundation honored Judy McGrath, president of MTV Networks Music Group, as "Humanitarian of the Year" at its 28th annual Humanitarian Award Gala on June 2 at the Hilton New York in New York. Sharon Osbourne presented McGrath with the award. This year's event was hosted by Jon Stewart and feature performances by Michelle Branch, Liz Phair, Mya and Mary J. Blige.

"Once a year, the Martell Foundation and its supporters gather to honor one outstanding person and to celebrate the successes of the past year," said Tony Martell, founder and chairman of the board, Martell Foundation. "We are thrilled to be honoring Judy McGrath with this year's Humanitarian Award. She is one of the most committed and socially progressive programmers in all of broadcasting and I can't think of anyone more deserving of the Award."

McGrath has worked for MTV since its launch and has been an instrumental part of the company's growth. Under McGrath's direction, MTV has grown from a maverick cable channel into a maverick global brand that has come to symbolize a culture, a style, an attitude and a vibrant musical landscape. She is a champion of pro-social initiatives and has overseen several award-winning public service campaigns on MTV, including Choose or Lose Voter Registration, Fight For Your Rights: Take A Stand Against Violence and Fight For Your Rights: Protect Yourself.

In conjunction with this year's event, the T.J. Martell Foundation has created an eBay auction site with hundreds of exceptional items and experiences up for bid, including two VIP tickets to the Charlie's Angels premiere including passes to the party, two tickets to the MTV Video Music Awards, and two front row tickets to the Radiohead MTV2 $2Bill Beacon Theater show, with all the proceeds benefiting the T.J. Martell Foundation. The auction has already raised more than $30,000 and can be found at: Ebay.