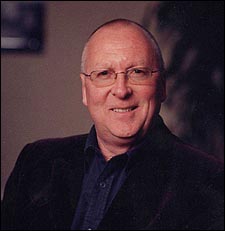 (CelebrityAccess News Service) – In a bold move designed to initiate the expansion of its business beyond the music arena, Neil Warnock, chairman of The Agency Group, Ltd., has brought Alan Kannof, former executive vice president and COO, East of the William Morris Agency, on board. Kanoff will be involved in all aspects of The Agency Group's operations and, in particular, will be spearheading efforts to move the activity of the company and its clients into television, film, book publishing, commercial endorsements and other areas of the entertainment world. Kannof, along with his newly formed media-marketing firm, Full Court Entertainment, will be operating out of The Agency Group's New York offices.

Until his recent resignation, Kannof had overseen operations for William Morris' New York office for 14 years. He was also involved in the supervision of the William Morris Nashville office and oversaw the opening of its newest office in Miami earlier this year. Kannof began his career as a William Morris trainee in 1978 and joined the agency's Business Affairs Department as an attorney in 1979. In 1986, he became executive assistant to the company's then president Lee Stevens, and assumed administrative responsibility for its New York office in 1989. In 1991, Kannof was named CCO, East, and in December of that year, he joined the William Morris Agency's Board of Directors. In addition to his other current business activities, Kannof is also collaborating on a book about the entertainment industry.

"I have known Neil and Steve Martin, president of The Agency Group North America, for many years and they have built an incredible international music business," said Kannof. " I have many other friends at the company and I am excited about the prospect and possibilities of working with all of them. Our goal is to make The Agency Group as competitive in all areas of entertainment as they now are in music, and to be an agency where talent can be confident that their own interests are prime." –Bob Grossweiner and Jane Cohen