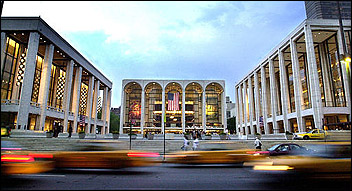 (CelebrityAccess MediaWire) — Katherine E. Brown has been named executive director of Jazz at Lincoln Center. Brown succeeds Derek E. Gordon who was promoted to president last month upon the retirement of former president Hughlyn F. Fierce. Formerly vice president for development, she has directed the organization's fundraising since 1997 and in that capacity oversaw the $131 million capital campaign which made possible the design and creation of Jazz at Lincoln Center's new home, Frederick P. Rose Hall, at Columbus Circle. As executive director, she will directly supervise the functions of fundraising, marketing, and public relations and will share with Gordon the management of other administrative functions, including the operations of Frederick P. Rose Hall with its year-round schedule of performances and other activities.

"I am extremely pleased that Kathy will be assuming these new responsibilities and look forward to our working together on the many opportunities and challenges ahead," said Gordon.

"Kathy's deep understanding of the organization's goals and operations along with her strong management abilities will be tremendous assets as Jazz at Lincoln Center moves into the next phase of its development," added Lisa Schiff, chairman of there board. "The board and I feel we could not have a stronger team leading the Jazz at Lincoln Center than Derek and Kathy."

Before joining Jazz at Lincoln Center, Brown held senior fundraising positions at the New York Public Library (1993-1997) and New York City Ballet (1988-1993). Prior to her work in New York she served in a number of capacities at the National Endowment for the Arts, including director of its management and international fellowship programs,and assistant director and acting director its dance program. A trained soprano, she has performed as a professional singer with various ensembles in the New York City and Washington, D.C. areas. –Bob Grossweiner and Jane Cohen