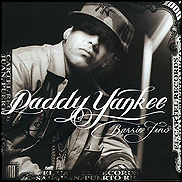 Shipments of Latin music CDs grew by 13 percent in 2005, representing a 15 percent increase in value, according to annual data released by the Recording Industry Association of America (RIAA).

Total Latin music shipments to retail jumped 14 percent – 55.6 million units in 2005 compared to 48.6 million in 2004. That translates into a 16 percent growth in dollar value. DVD music video shipments also increased steadily, experiencing a 34 percent gain in units shipped to retail and a 35 percent increase in dollar value, compared to the previous year. The total suggested list price for the industry was $753.7 million. The total wholesale value of the industry was $463.8 million.

Reflecting the growth and popularity of Reggaeton, the subgenre of "Urban Latin" has been added to the RIAA shipment report. Daddy Yankee, Don Omar, Wisin & Yandel, and Hector "El Father" all helped fuel the Latin marketplace's strong performance in 2005. In addition, Latin pop has performed well, with breakthough artists such as RBD, Juanes, Alejandro Sanz, Bebe and Shakira. Additionally, the RIAA continued to initiate and implement specific programs aimed at the Latin music piracy problem. For the Latin music genre, traditional physical goods piracy remains an acute threat: Latin music accounts for about 6 percent of the overall U.S. music market, yet nearly 40 percent of all pirate product seized by RIAA investigators.

Pointing to anti-piracy efforts like "Operation Remaster" — an undercover multi-state law enforcement operation that recently netted two guilty pleas along with the largest ever domestic stash of pirate CDs from manufacturing facilities, 85 percent of which were Latin genre — Fernandez added that "our anti-piracy efforts have made great strides. We know that we still have a significant problem on our hands and need the continuing help of others in the music community, law enforcement officials and policymakers at all levels of government. Piracy undermines the music industry's ability to invest in the Latin music stars of tomorrow." –Bob Grossweiner and Jane Cohen