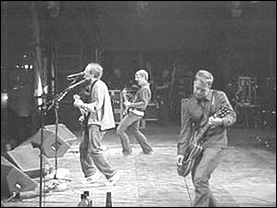 Westminster City Council's licensing sub-committee has denied a license renewal to London's Astoria with owners The Mean Fiddler group now appealing against the ruling, which will take the issue to the Magistrates court on 27/11.

A spokesperson for Westminster Council said the venue's license had been refused on safety grounds. The committee was not satisfied with safely measures after a shooting incident outside the venue in October last year.

The venue remains open with forthcoming concerts by The Streets, The Datsuns, and Teenage Fanclub not being affected.

The Astoria is one of London's most popular venues and has hosted numerous gigs through the years with artists such as Oasis, David Bowie, Blur and U2.