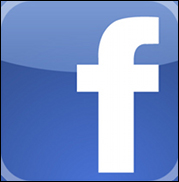 SAN FRANCISCO (Hypebot) – over the last year, the reach of their posts on Facebook has gradually grown smaller, no mater how big their artist's audience is.

Since Facebook still has the traffic, it's tempting and partially correct to blame increased competition. Everyone is marketing on Facebook making it more likely that users will tune out. Then there's Facebook's admitted constant reconfiguring of it's algorithms.

But what now appears to really be driving the decline is Facebook's desire to monetize traffic. In a three page document titled "Generating Business Results On Facebook," obtained by AdAge, the social network freely admits, "We expect organic distribution of an individual page's posts to gradually decline over time as we continually work to make sure people have a meaningful experience on the site." That's followed by a pitch to spend money on ads and paid post distribution "to maximize delivery of your message in news feed."

The document also tells marketers to rethink how they view fan acquisition. The new pitch is that it's a tool for making paid advertising more effective. In other words, according to AdAge, "the main reason to acquire fans isn't to build a free distribution channel for content; it's to make future Facebook ads work better."

"Your brand can fully benefit from having fans when most of your ads show social context, which increases advertising effectiveness and efficiency," says Facebook.