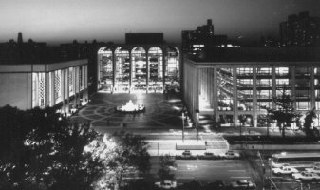 Gordon Davis has stepped down as president of Lincoln Center for the Performing Arts after just nine months. It appears that things were not working out between him and Beverly Sills, the center's chairwoman. Davis resigned on Sept. 27. Some of the department heads complained to Sills that Davis, who was making a salary of $525,000, lacked management and leadership skills.

Janice Price, vice-president for consumer markets and new technology, has been appointed interim executive director, while the search for a new head of Lincoln Center for the Performing Arts resumes once again.

Davis, a lawyer, was the city's first black Parks Commissioner and a member of the Lincoln Center board for more than 20 years.