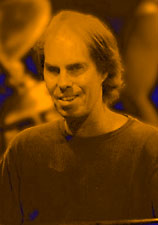 To have more creative control over their music, Little Feat has started its own record
label, Hot Tomato Records, with two double CD retrospective compilations of rare
live tracks spanning more than 30 years.

Founding Feat member Bill Payne and Paul Barrere, who's been
with the band since '72, culled through a wealth of tapes
accumulated over the last 30+ years in overseeing the selection
of material for Raw (Volume 1), and Ripe (Volume 1).

"I wanted to position myself
outside of the day-to-day manifestations of the project to keep
my ears and insight fresh, and have an overview," said Payne. "Mr. Barrere
deserves ample credit for the many hats he wore in putting this
project together — he's done a great deal of the work, and
done so brilliantly."

Barrere, who composed the liner notes for the
two double CDs, notes, "It's almost 33 years ago exactly since Mr. [Lowell] George
came to the front door of the Laurel Canyon house I was livin'
in, with that beautiful white "p" bass in hand, and asked me if
I wanted to try out as bass player for his new band … as
most who know the story's end can tell you, as a bassist I make
an excellent guitarist, and three years later, when I finally began
my stint in Little Feat, I would never have guessed that I would
be here writing these liner notes to yet another chapter in the
now, storied life of a band that has been my life, and a true
labor of love … these two boxes will only just scratch the
surface of Little Feat history … but we will keep diggin'
… in what should become a long and unending search to
unearth, and deliver more of these live gems, as time goes by."

Among Payne's discoveries of
long-lost goodies were a one-of-a-kind tape of the original
Lowell George-fronted quartet in Houston, TX circa 1971, and a
recording from the band's second-ever gig as a sextet at Long
Beach's Fox Theater in '72 — the year Barrere, Kenny Gradney,
and Sam Clayton joined Little Feat. Different tracks from
both these shows are included on each 2-CD collection. Other
George-era gems include a 1973 show at Boston's famed Paul's
Mall featuring Feat guest Bonnie Raitt on "Sailing Shoes"
(Raw), and, on Ripe, a Sacramento, CA date from Lowell's last
tour including what Barrere calls the now-legendary singer's
"house burning 'Tripe Face Boogie.'"

Citing the Grateful Dead's treasures-from-the-vault-packed
'Dick's Picks' as a model, Payne says, "We wanted to
present a snapshot of 30 years of playing live, showing all
the different incarnations of the band. We were really honest
about the way we sat down and listened to tapes, asking 'Does
it sound great or not?' The acid test for me was when I took
this stuff on vacation with me to the upper Michigan peninsula,
and it truly brought a smile to my face."

Barrere adds, "At
first, listening was a bit like watching home movies … a
little embarrassing, but you start digging and realize what's
there. I got into a mindset of searching out rarer songs to
showcase, not just the 'best' live stuff. Little Feat's
recorded about 150 songs on its albums over the years, and we
wanted to get as many of them on as possible."