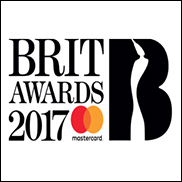 LONDON (CelebrityAccess) — Little Mix, Rihanna and Skepta lead the pack with nominations each when the U.K. recording industry announced its picks for the 2017 Brit Awards.

British rock legend David Bowie and Canadian rapper Drake were close behind, earning two nominations each — British Male Artist of the Year and Album of the Year for Bowie and International Solo and Group Artist for Drake.

Rag 'N' Bone Man, who performed during the nomination ceremony, was presented with the Critics Choice Award and Robbie Williams was named as the recipient for the Brits Icon Award.

Canadian singer Michael Bublé had been previously announced to host the awards show, but his continued participation remains unclear. Bublé announced in November that he was cancelling all public commitments after his son was diagnosed with cancer.

With, or without Bublé, the awards gala will be held on held Feb. 22nd at London's O2 Arena.