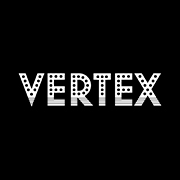 According to the Denver Post, Madison House said on Monday that after 'heated, marathon public meetings with the Chaffee County Commissioners' they had decided to postpone the festival instead of rushing it.

“The recent approval of the permit for Vertex in 2017 is much appreciated and displays the collective intentions to discover a great path forward. Buena Vista’s relationship with a world-class festival has amazing potential,” a statement released by Madison House said. “Rushing forward could compromise the quality of the festival and is not in the best interest of Buena Vista or Vertex. We look forward to ongoing productive discussions with the community so that we can best plan the dream of what Vertex can become.”

While County Commissioners had approved a 1-year permit for the festival in 2017, Madison House had been seeking a 3-year permit in order to "make the investment that this festival requires to be successful."

The festival, which debuted in 2016, drew solid reviews and more than 8,000 festival fans, but also generated noise complaints and concerns about overcrowding for residents of Buena Vista, the Colorado town where the festival was staged.

According to the Denver Post, festival-related activity proved to be a financial windfall for Buena Vista in 2016, with visitors to the town of 2,700 in July spending more than $10.21 million, up 16 percent from the previous July. In August spending reached $9.1 million, the second-highest-ever mark and an 8 percent increase over August 2015, which was a 9 percent increase over August 2014. – Staff Writers