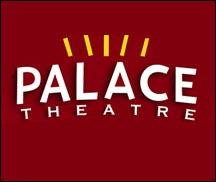 ALBANY, NY (CelebrityAccess) — Plans are in the works for a $65 million refurbishment of the historic 2,800-seat Palace Theatre in Albany, New York.

According to the Albany Business Review, the refurb would include the addition of a 600-seat theater on North Pearl Street next to the Palace, a new video editing and sound mixing center, and the expansion of the theater's stagehouse, lobby and box office.

While funding for the project has yet to be secured, the theater is looking into tax credits for historic venues, private investment and state and federal grants, the Business Review said.

Palace Theatre executive director Holly Brown told the Business Review that the venue was in a much stronger financial position.

"This project has been talked about for 15 years or longer and I'm really excited that we're in a position to talk about how to make this happen," she told the publication.

Brown told the Business Review that while there's no firm date for the project's completion, she anticipated that 2020 would be a good time frame and that proposals for pre-construction services will go out likely within a month.

As a part of the project, nonprofit Palace Performing Arts Center Inc. would take ownership of the venue from the city of Albany, however, any such agreement would be subject to approval by the city council. – Staff Writers