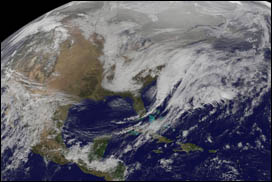 NEW YORK (CelebrityAccess) — As the Northeast gears up to face of Winter Storm Juno, with more than two feet of snow expected in many places, cancellation notices for shows have already started to trickle in.

Comedian Louis CK has announced that his Tuesday, January 27 show at New York's Madison Square Garden has been canceled.

"Louis CK wants everyone who purchased a ticket for the January 27 show to know that they will be informed first when Louis CK announces his next show in New York City and given the opportunity to participate in an exclusive presale.
For this performance, tickets ordered by phone or online through Ticketmaster will automatically be credited to the original purchaser’s credit card account." a spokesperson for Louis CK said.

The Less Than Jake & Reel Big Fish show at the Best Buy Theater on Tues. has been rescheduled to June 16, 2015.

All Broadway performances scheduled for Monday night have been canceled.

World Wrestling Entertainment's performance at the XL Center in Hartford has been canceled, as is Tuesday's live show in Boston. This is a first for the wrestling organization, which has never previously canceled an event.

According to the website, FlightAware.com, total cancellations reported as of 12 p.m. on Monday are 2,808. For Tuesday, the site reports a total of 3,249 cancellations.

If you have a show disrupted by the weather, please drop us a line at news@celebrityaccess.com. – Staff Writers