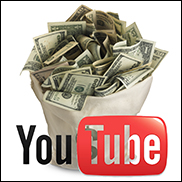 SAN FRANCISCO, CA (Hypebot) – As both the audience and income for YouTube stars like PewDiePie continue to grow, bands and artists are generating a minimal amount of revenue from the service. This article looks at how musicians could benefit from native content creation, and potentially grow both their audience and their profits.


This is the second in a series of YouTube generation posts. See the first one here .


A couple of weeks ago I wrote about Generation Edge – the under 16 millennials – and how they are driving an entire new subculture of YouTube stars that throw the traditional fandom rulebook out of the window. One of the intriguing paradoxes (or at least apparent paradoxes) is how a generation of native YouTube stars can create both vast audiences and revenue while for music artists YouTube is simply a place to build awareness and probably lose net revenue due to YouTube streams cannibalizing paid streams. So how can the model both be broken (for music) and yet buoyant for native YouTuber creators?


Compare and contrast the biggest earner in music with the biggest earner on YouTube. Taylor Swift netted $39.7 million in 2014, compared to $7.4 million for PewDiePie. Seems like a slam-dunk for music right? Except when you start digging a little all is not quite what it seems. Swift’s numbers are gross revenue so include the revenue earned by everyone else (record labels, promoters, ticket agencies, venues etc.). Let’s say she earns a third of that income which would equate to $12 million (and before anyone suggests it should be higher given her relationship with her label Big Machine ¾ of her revenue came from live in 2014). So suddenly the difference doesn’t look quite so big. Then consider that PewDiePie’s $7.4 million refers just to his YouTube ad revenue and doesn’t take into account his live appearances income or his merch revenue. And, perhaps most importantly, the cost of earning that income was negligible. PewDiePie’s audience is right there on YouTube and his videos are home made. The cost of production, distribution and marketing are close to non-existent. The exact opposite is true of breaking a release like Taylor Swift’s ‘1989’. It’s no secret that most big labels lose money on lots of their bigger front line releases, relying upon a few massive successes and the steady income from back catalogue to pay the bills.


PewDiePie just passed 10 billion views three weeks ago and has 39.9 million subscribers– that’s one for every (gross) dollar that Taylor Swift earned in 2014. Anyway you look at it, those numbers are big. Game Of Thrones, which can lay claim to being one of the mainstream media success stories of the moment, has clocked up around 700 million total views globally over the course of 5 series. And while traditional media apologists will argue that you cannot compare a PewDiePie view with a GoT view try telling a PewDiePie subscriber that their viewing is somehow less worthwhile because it is more than weekly and doesn’t come from a traditional TV set.


Taylor Swift of course also has a pretty hefty YouTube / Vevo presence too, with 16.5 million subscribers and 6.3 billion views. But while she has 20 videos available PewDiePie has nearly 2,500. And therein lies one of the key differences. PewDiePie lives on platforms like YouTube and Twitch. His focus is making content regularly for his audience and engaging directly with them. YouTubers typically make multiple videos every week and often multiply that across multiple different channels. Try squeezing that in around touring, recording, writing sessions, media work etc. Swift, unlike many big pop artists, also knows how to do the native YouTube thing too and has had her own, non-Vevo, YouTube channel since 2006, posting 136 videos there to date. But in stark contrast to her Vevo channel Swift has just 1.4 million YouTube channel subscribers. So even one of the most YouTube-centric of pop artists that also happens to be one of the biggest pop acts on the planet right now simply doesn’t have the time, positioning nor content to compete with a shouty gamer from Sweden.


So where does all this leave artists and YouTube. Unless bands want to ditch the guitars and start doing Minecraft commentary videos, becoming a full-on native YouTube creator simply isn’t feasible for most artists. But there absolutely is middle ground between the dominant focus on seeing YouTube simply as a marketing channel for music videos, and the native creator route. Part of the solution is seeing YouTube for what it actually is. It is not a video platform, or a marketing platform, it is one of the most important destinations for Millennials of all ages, especially Generation Edge. It is at once a social network, a TV network, a fun place to hang out, a discovery destination, a place where they can simply be themselves and feel connected. YouTube is all of that and more. In fact the breadth and depth of content means that it is everything to all people.


The Value Of An Authentic Voice


Treating YouTube simply as a marketing channel not only underplays its potential but it also completely misses what it means to your target audience. PewDiePie, Zoella, Stampy, Michelle Phan are all so successful because they speak directly with their YouTube audiences in an authentic voice that communicates that it is the here and now that matters. That it is about the moment not simply an attempt to try to get the viewer to go somewhere else to do something else. Authenticity is a priceless commodity and native YouTube creators have it in spades. That is the currency of the YouTube generation.