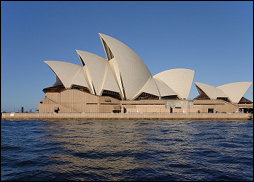 SYDNEY, NSW (CelebrityAccess) — Authorities in Sydney arrested a man on charges of threatening to destroy or damage property at the iconic Sydney Opera House.

According to the Australian Broadcasting Company, police said the 18-year-old man, from Sydney suburb Narwee was arrested on Thursday after behaving suspiciously in the Opera House forecourt on Thursday.

Police held his backpack and seized a number of items from his home for forensic examination, ABC said.

The man has been ordered to undergo a mental health evaluation. – Staff Writers