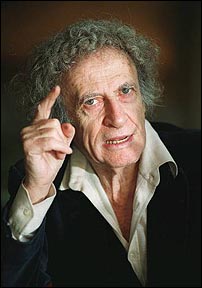 The renowned international mime Marcel Marceau will begin an historic final tour of the United States on March 2 in Clearwater, FL, bringing his beloved character Bip before three generations of theater-goers, many for the last time. After 47 years of touring almost annually in the US, often extensive tours involving communities as small as Valdez, Alaska, Marceau will limit his activities after this year, focusing on special engagements and his work as a teacher and visual artist.

The Marceau tour will begin end in New Mexico and include 14 states and 19 cities, following which he will travel directly to Hong Kong, Seoul and Singapore. During the tour Marceau will celebrate his 80 birthday on March 22, in characteristic fashion offering two performances on that date for audiences at Philadelphia's new Kimmel Center. A writer, painter, illustrator, teacher, UN goodwill ambassador and cultural icon, Marceau is best known for his touching non-verbal reflections of the universal joys and sadness of people of every age and background. Much of Marceau's appeal is in the simplicity of his presentation, yet the uncompromising honesty with which he reflects man's triumphs, emotions and foibles.