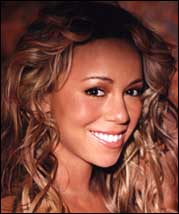 Mariah Carey inked an impressive $100 million dollar deal with Virgin Records earlier this year when Ken Berry helmed the label. But with Berry gone and Alain Levy leading EMI, there seems to be problems with the contract.

According to the New York Post, sources have leaked that Carey can either renegotiate the contract or leave the label. Her latest album, Glitter, which Sony passed on and let her out of that label, has tanked.

It appears that the contract is now in the hands of many lawyers. So when is a contract no longer a contract? Good question!