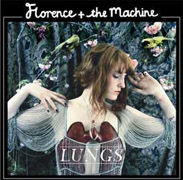 Established in 1992 by the British Phonographic Industry and British Association of Record Dealers, the Mercury Prize serves as a more indie-focused alternative to the Brit awards.

Although shortlist noms are often criticized for being too leftfield or esoteric, the awards are held in high regard, particularly in Europe and making the shortlist can prove to be a significant sales boost, particularly for an emerging or lesser known artist.

"All of the shortlisted artists, particularly those who are not that well-known, can now expect a real jump in sales, sometimes by as much as three- or fourfold," Gennaro Castaldo, a spokesman for HMV told The Guardian.