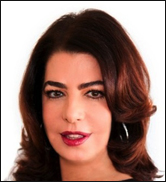 In her new position, Anthony will work closely with UMG executive vice president and CFO Boyd Muir, and with the U.S. recorded music management teams. She's tasked with “maximizing commercial and strategic opportunities across labels, establishing new revenue streams, forming alliances with third parties and overseeing a variety of the company’s special projects,” according to a statement issued Thursday (Sept. 26).

“There are scarce executives in music with the depth of Michele’s experience on both the label and artist sides of the industry,” said Grainge in the statement. Anthony’s “versatility and creative approach to business will make her a valuable addition to our management team,” he added.

Anthony returns to the major-label space having run the 7H Entertainment consulting and management firm for the past seven years. The company, which she launched in 2006, has counted Pearl Jam, Black Sabbath & Ozzy Osbourne, Prince, Björk and Soundgarden among its clients.

“Over the past several years, Lucian Grainge has transformed Universal Music into the industry’s most progressive music company," Anthony said in a statement. "I’m excited to be a part of the forward-thinking executive team Lucian has put into place, and I look forward to helping UMG lead the music industry’s reinvention, working along side the extraordinary artists, employees and entrepreneurs that make up today’s UMG.”